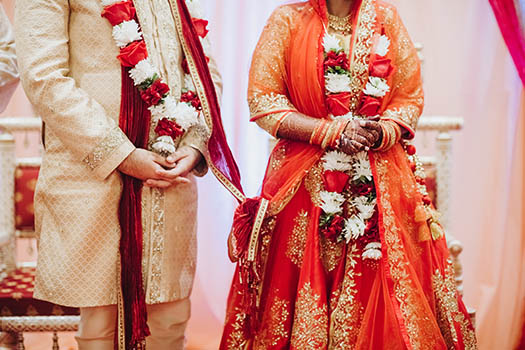 When dealing with relationships with step-children after a second marriage, it’s important to keep your emotions in check. Be understanding and supportive of your stepchildren’s feelings, and don’t give in to temptations to criticize or withdraw. In addition, try to put yourself in their shoes.

Relationships with stepchildren can be challenging, but they can also be rewarding. When you’re able to maintain the relationship with your stepchildren, you can help them adjust to their new situation. Communication is key to making the adjustment easier for everyone, especially the stepchildren. Setting up regular date nights and creating a space for emotional intimacy is a good start. If you’re worried about the transition, you may want to seek professional help. Family therapy can help you improve communication and strengthen the blended family.

The age of your stepchild will also play an important role in how the relationship will be handled. Generally, younger children bond better with their stepparents than older ones. However, an adolescent stepchild will be more likely to be disobedient and rebellious and may resent the new parent.

The biological parents should be the primary disciplinarians. However, children will feel caught between the two families and may even worry about conflicts of loyalty. Therefore, it’s important to avoid becoming overly involved or too lenient with your stepchildren.

Inheritance issues are a concern for second marriage couples, especially when there are children involved. If a couple has children from a prior marriage, they may need to revise their wills to account for the children’s needs. They may also need to set up separate marital trusts to ensure that the children will receive an inheritance. A legal professional should be consulted when dealing with inheritance issues for second marriages.

Estate planning for a second marriage should begin before the wedding. The first step is to inventory your finances. These assets include real estate, bank account funds, retirement accounts, insurance policies, automobiles, and other investments. You should also review your power of attorney and beneficiary designations on insurance policies and retirement plans.

A prenuptial agreement can be useful in settling these issues. Second marriages should take into consideration children from previous marriages, as they may end up living with their new spouse as stepchildren. Inheritance issues in second marriages can be complicated, but an experienced New York City estate planning lawyer can help make sure that the property will be distributed according to your wishes.

Second marriages also raise other estate planning issues, including naming beneficiaries. The process of naming beneficiaries can be complicated, and a new spouse may choose to bypass children by naming anyone as the beneficiary. This can create huge conflict and legal problems.

In a second marriage, a prenuptial agreement can be particularly important. These agreements can protect the assets of both spouses and ensure that the children of a second marriage receive an equitable inheritance. In addition, a prenup can specify who owns what assets if one partner passes away.

A prenuptial agreement for second marriage can be especially useful for people who have experienced divorce and know the difficulties of working through the financial matters. Statistically, second and third marriages are more likely to end in divorce, so a prenuptial agreement can be a great way to protect your assets.

A prenuptial agreement for second marriages may be particularly advantageous in cases where one party passes away. Children of a previous marriage often get involved in disputes over who gets what. For instance, actor Robin Williams’ third wife and his daughter were fighting over the children from a previous marriage. Regardless of the circumstances, a prenuptial agreement is a great way to protect your assets during a second marriage.

As with any prenuptial agreement, it is critical for the parties to disclose all relevant financial information. This is especially important in a second marriage because one partner might have assets acquired during their previous marriage. A prenuptial agreement can also address child support obligations and college expenses for the children from a previous marriage.

If you are considering a second marriage, it is important to know your rights. You should consider drafting a prenuptial agreement and keeping your assets separate. You should also consider setting up a trust fund. Dealing with inheritance issues early on can prevent emotional turmoil later on. You should also seek legal advice before making any big decisions. The decisions you make today will impact your family for years to come.

A second marriage involves new children, which can make inheritance arrangements tricky. The law is generally clear on who gets what in a divorce, but it can get complicated if the children are minor or adults. Also, both spouses will bring different assets into the marriage. These assets may include bank accounts, retirement accounts, life insurance policies, and property. It is important to consider how you want to distribute your assets and ensure that your children are adequately provided for.

Second marriage couples often have substantial assets in the names of each of them. These assets may be in the form of joint property, which passes to the surviving spouse in case of death. Those assets may be worth a considerable amount of money. It is best to consult with a qualified estate planning attorney regarding these issues and the best way to protect them.

A second marriage is often a difficult transition. The two sets of families must get used to each other’s schedules and differing parenting styles. There are several advantages and disadvantages to this type of marriage. The first couple’s support and understanding will go a long way in easing the process of the second marriage. But the second-time couples must also cope with the reaction of their social circle. In some cases, the social network may prefer the first spouse or feel that one of the new partners was responsible for the break-up of the first marriage. This can cause partners to question whether remarriageing is really the right thing to do. They may also resent their new partner for being rejected by their circle.

One of the greatest problems associated with second marriages is the relationship with step-children. Many remarried wives have claimed to have run into financial difficulties during the second marriage. This is despite the fact that they were not remarried for the money. Moreover, poor relationship between step-parent and step-child can also compromise the parent’s feelings towards their new spouse.

The long-term effects of second marriages can be disastrous for a second-time relationship. A study conducted by the National Center for Family and Marriage Research at Bowling Green State University found that about 60 percent of second-time marriages end in divorce. Second-time marriages often end more quickly than first-time ones, perhaps because the partners are more aware of the signs and have already been through a divorce.