I came across this quote today and wanted to share it with you. You may find that it relates to your marital situation.

“The difficultly with marriage is that we fall in love with a personality, but we must live with a character.”

We can only appreciate the profundity of this statement if we understand what is meant by CHARACTER.

Character is who you are when no one is watching.

Let me say that again so you can read it slowly and really digest it this time.

Character is who you are when no one is watching.

You see, when you and your spouse met, you met each other’s PERSONALITIES. You showed your spouse and you were shown by your spouse your public personas. I’m not saying you tricked each other. It’s just your personality…how you display yourself to others.

You and your spouse don’t meet the person who charmed each other’s friends, bought gifts for each other’s parents, and always smiled from ear to ear. No, this time it’s a meeting of your CHARACTERS.

Most people wouldn’t be caught dead treating anyone the way they treat their spouse. Most people don’t recognize their own behavior. “I’m just not myself with him/her.” Well then who is that person? That’s YOU…it’s your character. (And your spouse meets their character.)

Many people would rather choose to be with someone else than remain with their spouse and have to continue to be with themselves. (Did you get that?)

Balthasar Gracian wrote in his 17th century manual on success, The Art of Worldly Wisdom, as follows: “You are as much a real person as you are deep. As with the depths of a diamond, the interior is twice as important as the surface. There are people who are all facade, like a house left unfinished when the funds run out. They have the entrance of a palace but the inner rooms of a cottage.”

Many people who apply the Marriage Fitness system of relationship renewal tell me that it not only restored their marriage, but it was a personal fixing for them too. If you’d like to explore that risk-free, then subscribe to the FREE breakthrough report “7 Secrets to a Stronger Marriage” and get a FREE marriage assessment too. 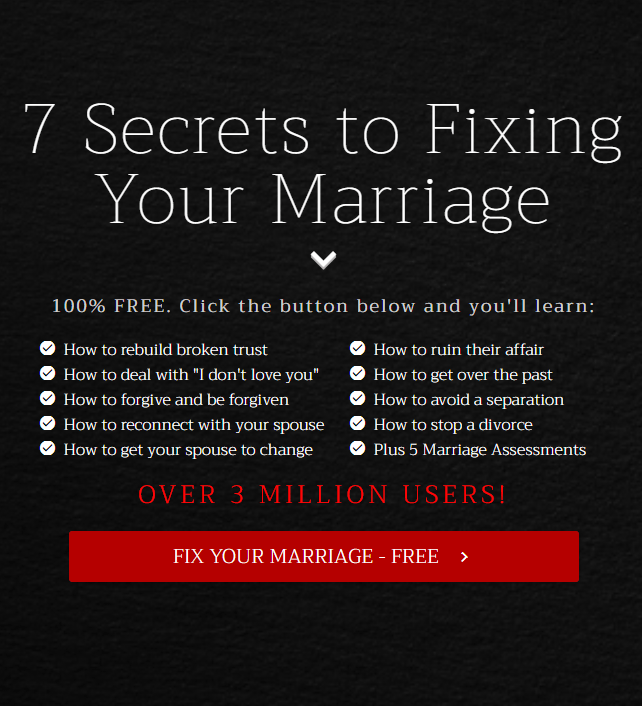